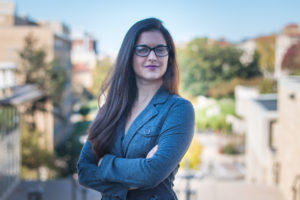 Hannah S. Chapman, as a WRP-funded graduate research assistant, was a Ph.D. Candidate in the Department of Political Science at the University of Wisconsin—Madison. With Theodore Gerber as her supervisor, Chapman focused on analyzing public opinion in Russia at the time of the 2011-12 elections and ensuing protests. During her assistantship, she researched and taught in the field of comparative politics with a particular focus on the former Soviet Union. Her dissertation, “Shoring Up Autocracy: Participatory Technologies and Regime Support in Putin’s Russia,” examined the role of elite-mass communication in bolstering support for authoritarian regimes. A paper from the dissertation was awarded Best Paper in the “Information Technology & Politics” section of the American Political Science Association in 2017.