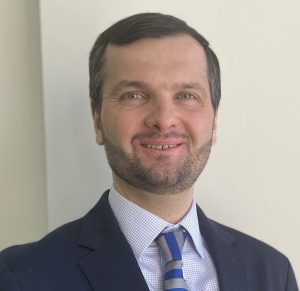 Mikhail Troitskiy is a Professor of Practice at University of Wisconsin-Madison. His research on conflicts, security, and politics in Eurasia, Russian foreign policy and U.S.-Russia relations, arms control, and international negotiation was published with Problems of Postcommunism, Survival, Global Policy, The Bulletin of the Atomic Scientists, Russian Politics and Law, Horizons, Cambridge University Press, Routledge, Palgrave-Macmillan, McGill-Queen’s University Press / CIGI, Woodrow Wilson Center Press, Nomos Verlag, and SIPRI. He is a member of PONARS Eurasia and PIN Negotiation networks of scholars.

Troitskiy was deputy director and program officer at the Russia office of the John D. and Catherine T. MacArthur Foundation in 2009-2015. In 2014-2022, he taught at European University at St. Petersburg and in 2003-2022 at MGIMO University in Moscow where he also was dean of the School of Government and International Affairs in 2017-22.