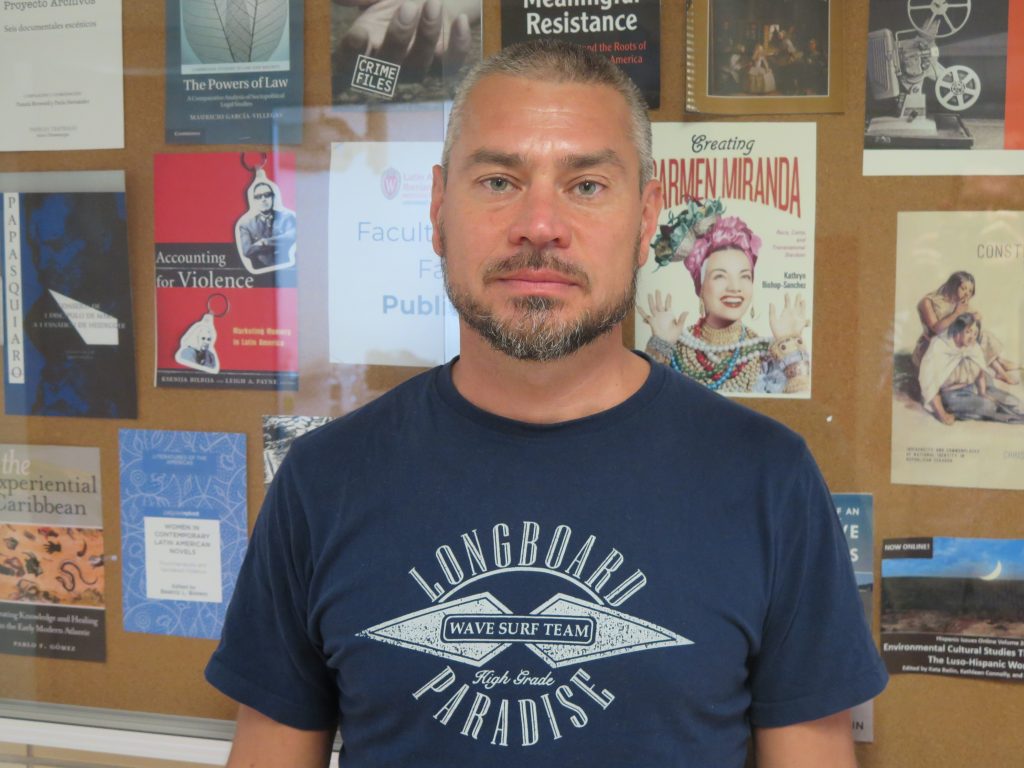 Marat Iliyasov is a Wisconsin Russia Project 2021-2022 Postdoctoral Research Fellow at the University of Wisconsin-Madison.

Marat is a graduate of Vilnius University, where he obtained his MA in Diplomacy and IR.

His second MA comes from Ilia State University, and he holds PhD from the School of IR of the University of St Andrews (Scotland).

His current work comes to the crossroad of several disciplines, among which are: International Relations, Ethnography, and Political Demography. Dr Iliyasov is an author of several publications that analyse migrants’ identity evolution, the demographic trends in the conflict and post-conflict societies, self-legitimation of authoritarian governments, and politics of memory in autocracies.

The clash of collective memories in post-war Chechnya

Established at the beginning of the Second Russo-Chechen war in 1999, Russia’s-backed Chechen government is actively engaged in a reinterpretation of the nation’s history. The Chechen political elite that ruled the republic during its independence (1991-1999) opposes these efforts and promotes a version of history that dominated Chechen public discourse in the 1990s. The focus of these opposing political forces is the most sensitive historic periods that form Chechen collective memory, which both parties refer to in their interpretations and memory politics. This paper explores Chechen memory politics of the last three decades through these two dominant clashing interpretations. The article answers the question: What Chechen collective memories are the most contested and why? Relying upon qualitative methodology the article uses four primary sources of data: Chechen state TV, the interviews with Chechens from Chechnya, the opposition’s addresses on YouTube, and the interviews with Chechens residing in Europe. The analysis regards collective memory as a powerful political tool that enables the dominance of a political elite.